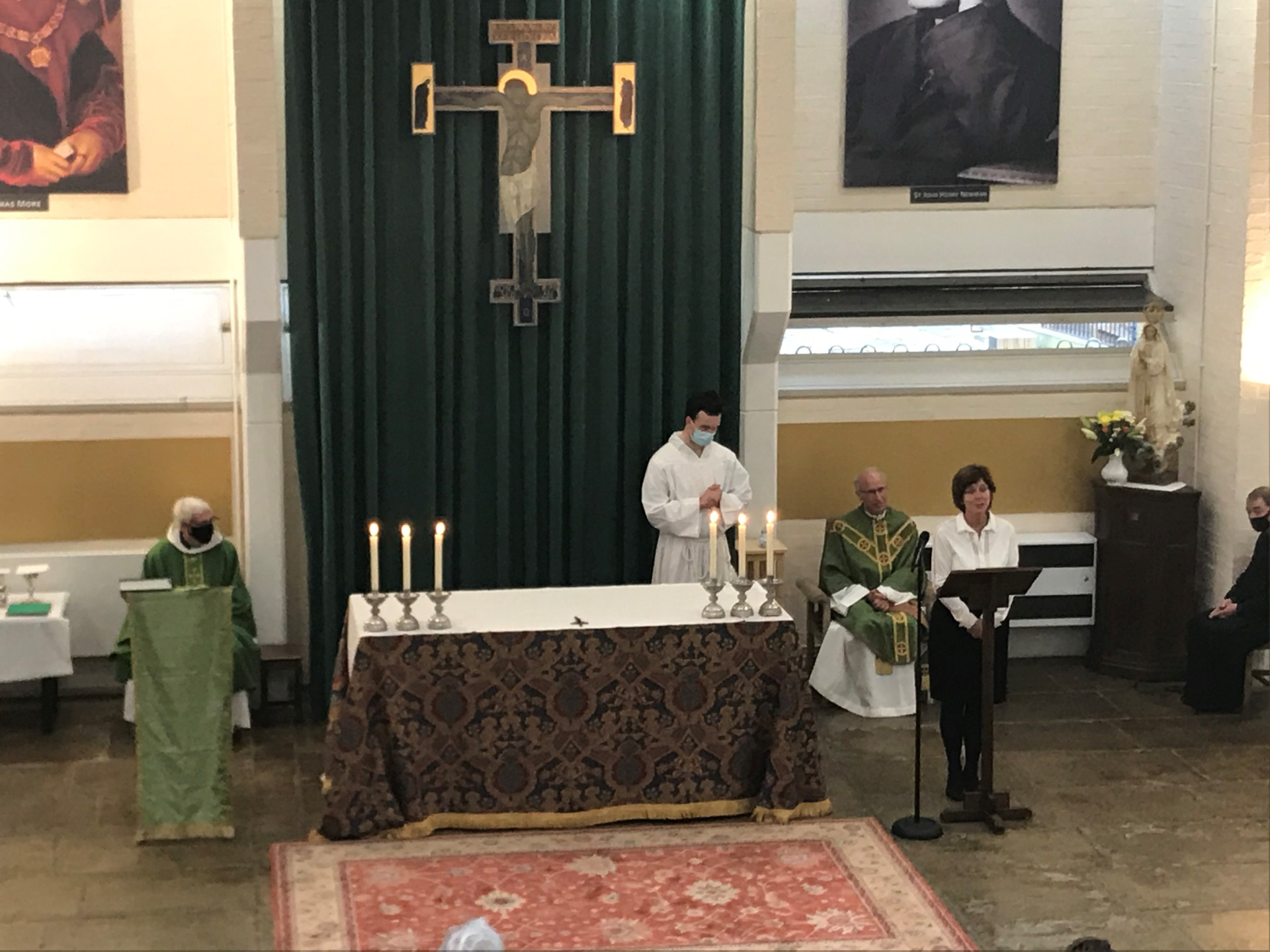 I am sorry that, for reasons which are, alas, not difficult to explain, I cannot be with you today to celebrate the centenary for the Chaplaincy.

The Chaplaincy was an important part of my life when I was an undergraduate in the 1960s.  It has, I know, played a similar role for generations of Catholic students and academic staff before and since those days.  I’d like to pay a tribute to all those who have acted as Chaplain or Assistant Chaplain and to thank Bishop Arnold and all those who helped support the Chaplaincy financially and in other ways.

As it happens, as someone pointed out after I was elected as Chancellor, I am the first Catholic to hold the office since Cardinal Pole in the mid-16th century.  Nowadays, whether or not the Chancellor is a Catholic is a matter of supreme political indifference. That was, alas, not always the case.  It would have been very different in the years when St John Henry Newman studied and taught at the University and it’s a happy coincidence that we celebrate the anniversary of his canonisation at about this time.

Catholics today play an important role in every aspect of our national life.  There is a special responsibility on all of us who benefit from all that this great academy has to offer, to return to the community a little of what we ourselves have received.  There is one other aspect to this question of our relationship with wider society which is worth considering.  In what, we hope, becomes a more open and inclusive meritocracy, there is a big job to be done in ensuring that others can climb the ladder of advancement whatever their social background.  In doing that, we can prevent a gap opening between those who have benefited from higher education and others. It is very important that intellectual achievement isn’t thought to cut a so-called elite off from the rest of society.  I always remember the story of President Roosevelt, who was well known for spending a month every year with others who, like him, had suffered from polio.  It gave him a wonderful ability to communicate and lead the rest of society. As his funeral cortege passed by, one bystander fell to the ground weeping.  People around him said, “Why are you so upset?  Did you know him personally?”  As the man recovered, he said “No, but he knew me.”

I hope you have an enjoyable celebration.

(As the Chancellor couldn’t be present at the Academic Masses, Vice Chancellor Professor Louise Richardson delivered the message on his behalf at the 11am Mass.)

I would like to make a gift
Help us support the Roman Catholic faith in this Oxford University community, including its undergraduates and graduate members but also its academics and other staff.
We use cookies to give you the best experience on our website. Select OK or Opt Out to continue.Ok, I AgreeOpt OutData Privacy